Link to this article: Select all 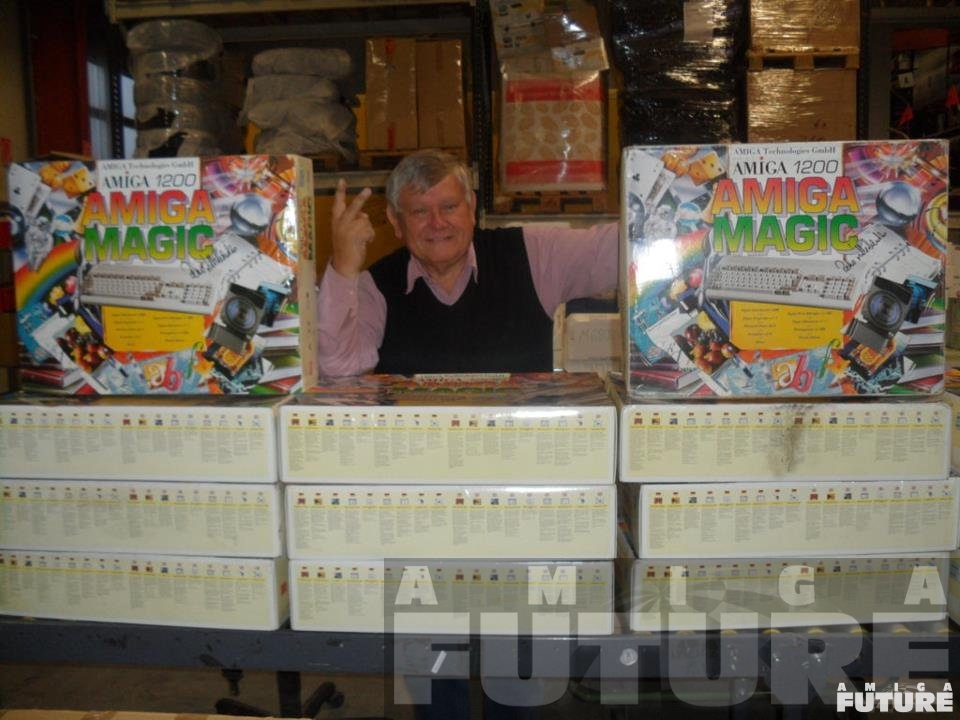 I don't think you really need to introduce yourself. But tell us what you do today? Do you have any business to do with the Amiga?

What I'm doing: Well, I have my export business with Korea. I export instruments, made in Germany, Korea, with my Fa Power Service GmbH, which I founded in 2001 after my departure from Amiga International. Also, I'm working as an On-Board Courier for a Lufthansa subsidiary and transporting human blood stem cells around the world. This is obviously a gratuitous social enterprise, but I am very satisfied to be helping & to be involved with the treatment of cancer patients. Since my friend Winfried Hoffmann died on 01.04.2012 from cancer and also Dellert of DCE, Achim Knaut from Commodore Brunswick plant died with brain cancer. All made outstanding contributions to Commodore and the Amiga. So I've decided to help people who are suffering from cancer around the world. Yes, and I've been a pensioner for the last 5 years. In April this year I'll be 70 years old.


Some time ago you offered some Amiga 1200 Magic packs to users.

That was actually a co-incidence. My former dealer in India called me in the Summer of 2012 and informed me that he still had some A1200 Magic packets in storage, and was asking me if I had a use for them. Well, I had no idea that they had been sitting there doing nothing at all. I sold those, built in 1995, A1200 Magic packs to India. So to speak, that was the resolution inventory of my storage, before I had to dissolve Amiga Deutschland 2001, when working under my former boss Bill McEwen, my contract having been terminated.

I searched on Facebook, and found, surprisingly, unexpectedly, customers that I could make very happy. It also seemed to be an action that could revive my beloved Amiga platform. I arranged with my Indian friend and said I could even make a PROFIT from this transaction. He agreed and we decided Amiga`s should leave storage at cost price. Initially I only ordered 60 units. I invested in: the shipping costs to Europe, the customs charges, the transportation from the port to a warehouse near my company, the cost of storage and the handling in the warehouse in advance and that came to EUR 150 cost, without my working hours to calculate, as well as trips to the camp and back. So my investment in this project involved a gigantically high number of hours work, that I only found out afterwards. The demand for the A1200s was very high so I decided, despite the initial drain and fatigue on my spirits, soul and body that I had to start a 2nd transaction. Everything sold out again, but I was very exhausted, but happy because I had been able to make nearly all those customers happy, and was able to arouse the feeling of youth in many Amiga fans once again, of course that applied also to me.


Since then you've been offering A1200 boards to the Amiga fans. How did that come about?

There were (only) 3 units that didn't work. So to fix them I ordered just the boards and got 10 for each 70 euros. Some I've delivered for free and the rest I've since sold off at cost price.


Did the boards come from the same dealers in India?

The boards came from the same source, that's correct.


Does that mean there are other A1200s still in stock, and you could maybe later offer some of them again, would that be possible?

No, I do not think so, but you never know. I'll be flying to India soon and I'll look into it.


Speaking of India. Many users wonder even if the Amiga hardware is still supported today. Is it pure co-incidence that they have been forgotten in the warehouse or is the Amiga still actively traded or worked on in India?

Yes, my friend, in India, uses the A1200 as video support for TV advertising in the area. But the market has also changed. So there is a residue of Magic A1200 packs that are not for sale in India. It is organised that way. The Magic A1200 packs have been there for a very long time, and stocked in large quantities, and it has been that way for over 15 years, where some have been sold off in India, which is when I got contacted. The market is dead and the collectors clubs don't exist out there unfortunately.


You just written a book about it. What is your book about and how does it differs from other books on the history of the Commodore Amiga that are already out there?

The impetus for my book actually came to me mainly from Patric Klöter, an old and experienced Amiga user. He nudged me again and again and eventually I was persuaded to do it. So in December 2011 I started to dictate to Patric my experiences with Commodore Amiga (1982 to 2001).

It's a very personal story with personal experience as a logistics manager in Germany, Europe and then worldwide, the first bankruptcy, and my time at Escom, and the second bankruptcy, and my time at Gateway. Of course my personal experiences with Irvin Gould, Mehdi Ali, also many German and European branch managers, as well the U.S. president of the company and of course, Jack Tramiel, and I really got to know them all personally, with all their strengths and weaknesses. I regularly visited our facilities in USA, Germany, Taiwan, the UK and the Philippines, as well as the buying office in Japan. I was based worldwide at the highest level in many strategic and sales meetings.

After, and during insolvencies, I was there to build up the Amiga as its president again. Since I've a lot of documents from that time, I can in addition show those personal experiences come with a huge number of material balances, product cost, inventory etc.. It's an autobiography of my Commodore and Amiga time, as well as a record of events from the factual and technical management from the period 1982 to 2001.

We are still looking for a publisher! Our goal is to finish the book in 2013. Patric has also created a website: http://www.petros-memoiren-1982-bis-2001.de


What do you think about all the developments today for the Amiga? AmigaOS 4, MorphOS, AROS etc.

My suggestion would have been, to release the OS as open, like Linux. Everything else is just a long development and fragmentation, too many cooks spoil the broth.


You've quite a lot of contacts through Facebook with the Amiga community. What do you like about it all that you still keep in touch with the users? After all, it's not that often for a former managing director of a company to stay in close contact with those customers.

I'm happy about these activities. My whole life consists of activities .. and the Amiga community has always been active. This makes for fun, by discussing concerns with them, and listening to their opinions .. and over Facebook many Amiga and Commodore fans have come together quite by themselves and are now very active. I've found these active people and try to help maintain the activities and support.


How is it with the C64 community? Do you have contacts there, too? Also, why do you think it is that users are still so active on the Amiga and the C64?

In the Commodore community I have many contacts. In the Amiga circle, Commodore and also other RETROCOMPUTER clubs you can find a climate like at the gathering of VINTAGE MODELS. There is tinkering and collecting, restoring and technical updating. It's just lovely to see that kind of love, activity, time and money that they've invested. How the fans help each other, communicate and are proud to showcase your products. It's like the earlier stamp collecting and exchange. It's simply an addiction. Viva Amiga. Long live our passion for these things!


Is there anything that you want to say to the Amiga users?

Dear Amigans. It's nice that I still belong to you and you respect me, even though I quit the Amiga scene such a long time ago from my active professional life. I try to stay active. With you and for you! Long live our Amiga world 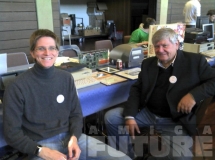 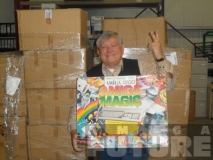 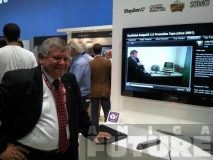