The Amiga Future 157 will be released on the 5th July.
More informations

Jaktar is a traditional role playing game, which could be described as a mixture of the well known games Ultima, Eye of the Beholder and Dungeon Master. The player goes on a mission to protect the mysterious continent of Salar against the invasion of the hostile armies of a sinister witchcraft &quot;Hexenmeister&quot;. During this odyssey the player encounters numerous different quests and hidden dangers. The main playing field is bigger than 256 monitor screens and countless dungeons and cities in 3D-view create the right feeling for adventure.

After all this game avails of more than 8 MByte of graphics and over 3 MByte of music und Sound-FX. The game has been written for the german language user and the extensive documentation is also in german.

The game requires 1.5 MByte RAM and a hard disk. 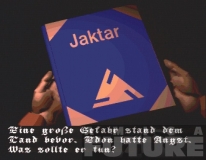 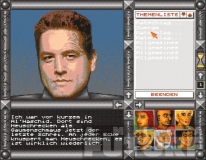